A bit of 7Hermits History

Even though I came to owner Matt Marple to talk about his brewery and his beer making business, he was just as enamored to talk about something he originally had shunned — a brewery kitchen.

‘YOU SHOULD MAKE IT A BREWPUB’

Marple originally didn’t want a kitchen with his brewery because he didn’t know anything about running a restaurant — makes sense. Brewing and selling beer can be quite the hassle as a business owner. Most restaurant owners would probably think brewers have it easy.

“As I started building it, it just began to grow out of control,” Marple said. “Right off the bat, I was talking to local legend Tom Hennessy and he said, ‘You should mate it a brewpub.'”

But he didn’t want a brewpub. He just wanted his small homebrewing operation out of the garage.

“I kept trying to keep it small,” Marple said. “But no one here wanted it to be small. ‘We want this, we want that.’ And I just kept going ‘OK’ and now I’ve got the best pizza in town and the best burgers. The tacos are ridiculous.”

BREWERY WITH A FULL MENU

Good beer can sell itself, but people travel just as well for good food.

“When I broke down and finally embraced the kitchen,” Marple said, “I went out and got the best chef I could find. We got him out of Black Diamond Bistro out of Beaver Creek. Everything he touches is phenomenal. When he makes something, it just blows my mind. Especially when we push him. We say, ‘Take this beer and make something in this realm and just bring it to us.'”

And it was all very delicious.

“(For example, the pulled BBQ chicken) I told him I wanted to use the amber ale to make a barbecue sauce. So he uses the amber ale and coffee. All of our simple syrups are made with beer. Everything is homemade, from the food to our cocktails.”

The brewery has a full menu, everything from your standard brewery fare — pretzels, pizza, etc. — to food such as fried cauliflower, ricotta meatballs and arugula salad. Nearly everything in the kitchen is made using the beer in the back. Except for the pretzels, anyway.

‘I WAS BREWING IN THE GARAGE OUT OF NECESSITY’

Oh yes, the beer in the back. The kitchen is a wonder in a brewery inside a town of about 7,000 people; but the real reason Marple ended up with a restaurant in his brewery was his yeast intolerance.

Unfortunately for Marple, the brewing process is chuck-full of yeast. And if a beer is brewed with the wrong strain of yeast or the beer isn’t filtered in a certain way, for Marple, that spells disaster — headaches, stomach pains and more nausea.

“I was brewing in the garage out of necessity because I love craft beer but I couldn’t drink it,” Marple said. “I was getting tired of getting raging headaches and having stomach issues. So I started making my own beer.”

Thank goodness he started, too. Because his neighbors really enjoyed the Friday evening parties.

“In my neighborhood, it’s full of lushes. At any time I would have six kegs in my garage. And we would have parties on the weekends and my neighbors would drink me dry,” he said. “I kept building a bigger and bigger kegerator and at one point I thought, ‘This is ridiculous.'”

Marple has to brew his beer with a yeast that has a certain flocculation rate to get the right kind of beer to save him from his yeast intolerance. Flocculation is basically getting the yeast to eat all of itself during the fermentation process and either settle on the bottom or all the way at the top so it can be removed from the beer.

He won’t tell you how he does it, though, because it’s a trade secret.

He will gladly tell you the story about where his beer names come from, however. The majority are named after mountain biking trails, which is appropriate for a brewery in Eagle. There’s also Bruiser; a beer named after a previous employee’s dog.

“(My former employee) had this little half-pound chihuahua named Bruiser,” Marple said. “She couldn’t bring (Bruiser) in because we serve food, but her husband would come sit outside while she would work and this tiny little dog would pop its little nugget head up and watch us work.”

Bruiser. There’s also World’s Greatest, Haystacker and Golddust — all names that will probably be familiar to anyone who hits the trails down in Eagle.

Brewing is quite a passion for Marple, but he couldn’t create a business around beer without his other passion: pinball.

Stern Pinball is the last standing producers of pinball machines. Luckily for Marple, the Stern family has property in Vail. Word got around eventually.

“Mr. Stern lives in Vail,” Marple said. “He knew I am a pinball freak, so that was one of the things I told him — that we gotta have a machine. The very first one we got was a brand-new Metallica machine.”

There’s now three machines rotated out on a semi-regular basis. Occasionally the machines leave the building out of spite for a grand champion score that no one else can beat.

After embracing the kitchen and winning some accolades for his beer, 7 Hermits Brewing eventually became the business it is today.

It started about a block from its current location on Capital Street. It has grown from a garage operation to an award-winning brewery to a brewpub complete with a full menu and a few pinball machines. All with great beer right over the counter.

“Our place has such an intense local following,” Marple said. “Any given day when the sun is out and the patio is open, there’s tons of people here. Mountain bikes line the walls. We own it down here, from kids to adults.” 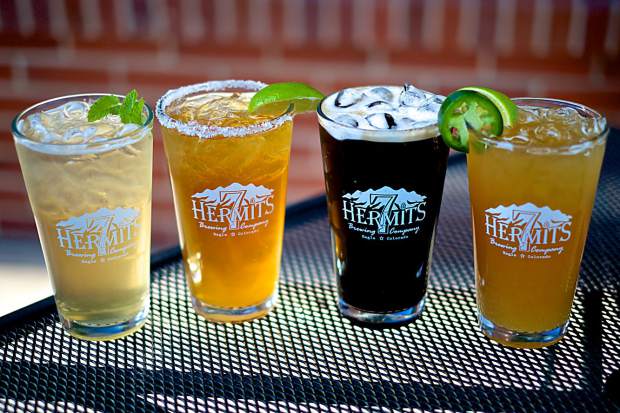 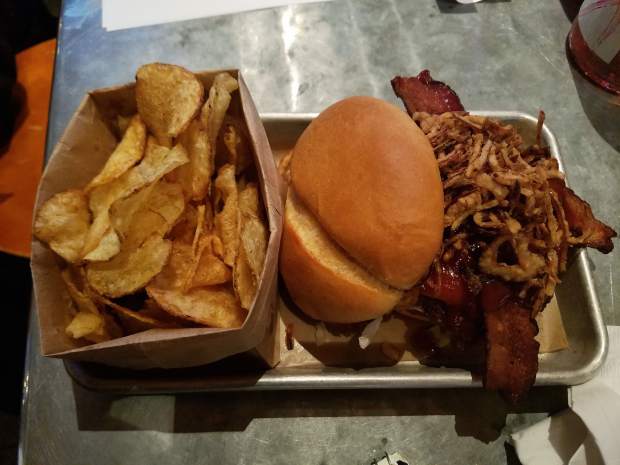 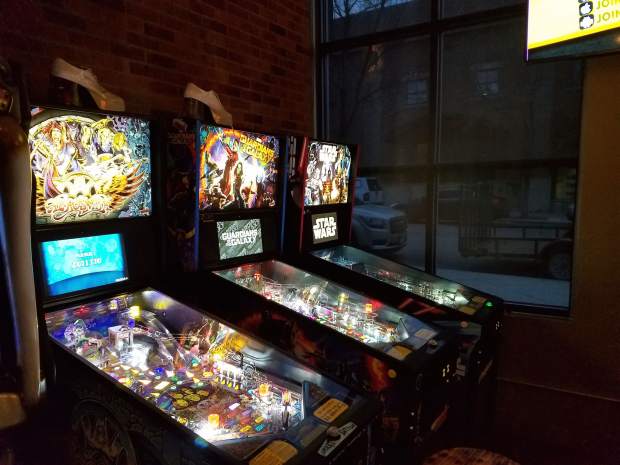 GOVERNMENT WARNING
(1) According to the Surgeon General, women should not drink alcoholic beverages during pregnancy because of the risk of birth defects.
2) Consumption of alcoholic beverages impairs your ability to drive a car or operate machinery, and may cause health problems.